“In Dorne of old before we married Daeron, it was said that all flowers bowed before the sun."- Oberyn Martell 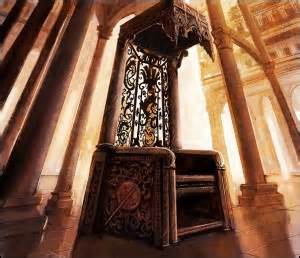 It has been 16 years since the Hooded Uprising, and House Oakdown remains in turmoil. The players take on the roles of one of six granchildren, or the household who protects them.

High above them, along the Prince’s Pass, lies the castle of Skyreach and House Fowler. House Oakdown has traditionally served the Warden of the Prince’s Pass, currently and historically descendants of House Fowler. Oakdown has since forsworn that Oath after the uprising. Tensions have ensued, and House Oakdown is caught amidst the feud with their former liege lord and other houses in the region. Yet larger troubles loom from beyond the desert. House Martell is coming to Redgate, on matters to be discussed only in person. The players must manage their local affairs, and prepare for whatever news may come from Sunspear.

The Game of Thrones has found its way to Redgate. 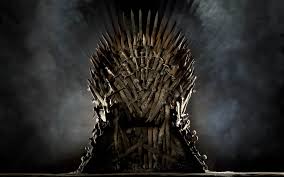 Our Chronicle
A Song of Ice and Fire Roleplaying Game

DISCLAIMER: This is a roleplaying game based on adult themed material- books and the show. As the game develops, players are encouraged to delve into the darker, seedier side of human nature. This means we want to keep the game limited to adults, both to be sensitive to potential players and to create a safe environment for our group to create. Thanks for understanding!

If you are looking for ADDITIONAL INFORMATION, please check out the WIKI. Beyond the introductory post in the Adventure Log, which is a narrative, I will try to keep most game info on the Wiki page. Hopefully this helps folks have a place to start…

The player house is House Oakdown, located in the foothills of the Red Mountains in Dorne. A player character may be any one of the six grandchildren of the House, which includes 3 in line to inherit the Oakchair. Or the players may choose to be affiliated with the house in virtually any other capacity. Their keep is called Redgate, and it is the entrance to the Prince’s Pass, and the Reach lords that lie beyond. 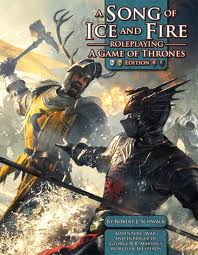 House Oakdown currently swears fealty to House Martell, and have resisted pressure to serve the traditional Warden of the Prince’s Pass, Lord Franklyn Fowler. The family is primarily Stone Dornish, with features more closely resembling the Andals than the traditional Rhoynish features of Dorne, although both can be found in the area and within the family. Redgate is located in the climbing mountains, whereas the hamlet consisting of the lands’ smallfolk is in the village of Lonetree, in the hills below.

OUR ONLINE FORMAT
There are a core group of us who have played online games in various systems and online posts, and the format we use has evolved from that. Basically, we exchange narratives linking our characters and settings together to tell a collaborative story. The action will be conducted separately via chat when dice rolling comes into play, and that too will be summarized by post. All of our actual storytelling is happening in the adventure log. I’d suggest checking that out on the sidebar to the left, as that may help you get a better understanding. If you have have any questions, please let me know.

Bow Before The Sun Comments

I'm sorry, but we no longer support this web browser. Please upgrade your browser or install Chrome or Firefox to enjoy the full functionality of this site.